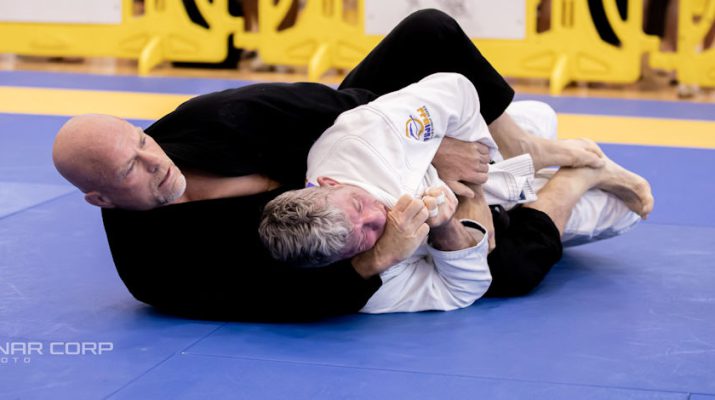 This was my first time visiting the great state of Texas. Evidently I picked the hottest and driest Summer to do so. But, it was as they say, a dry heat. I would prefer 100 degrees in Austin, TX over 100 degrees in Wisconsin simply because of the humidity.

I signed up months ago because I saw a few other master 6 competitors had already signed up. I wanted to use this and next month’s Chicago Open to get ready for this year’s IBJJF Master Worlds, which will be the first week of September.

The Master 6 Heavyweight bracket was a 3-man one. I won the semi-final match with a bow and arrow submission. The heavyweight final was against the man that I had lost to at this year’s IBJJF Pans in a 0-0 referee’s decision. I was able to secure a takedown for 2 points a few minutes in. The rest of the match was back and forth form guard break attempts by me to sweep attempts by him with neither of us completely successful. So I won with the only points of the match. On to the open division.

The Master 6 Black Belt open division was a five man bracket. I drew a tough opponent that I had faced at last year’s IBJJF Master Worlds in the open division winning only one advantage point to zero. This match started out similarly, but at one point I was able to secure his back and retain it to the end of the match for a 4-0 victory.

The open division final put me up against my opponent from the heavyweight final again. We both fought hard, but neither of us was able to score any points. We each came close, resulting in a final 2 advantages to one score in favor of my opponent.

With the gi portion of the tournament complete, it was time for a light evening meal while I switched my focus to no-gi for the next day’s tournament.

The Master 6 Heavyweight Black Belt no-gi bracket consisted of the same three man crew as yesterday. I drew the first match, which ended up being a forfeit as a “no show”. So, it was on to the final with the same opponent from the previous days finals. Again we both fought hard, on our feet for a minute or two and then I pulled guard. I attempt to set up sweeps as he attempted to pass. Neither of us scored anything, not even advantage points. Time expired and the official’s decision went my way as I squeaked out a victory.

Open division for Master 6 black belt no-gi consisted only of my finals opponent and myself. This match was close to the other three in that both fought hard. It ended with a score of 2 advantage point to one in his favor. So for all four finals this weekend we both received two golds and two silvers. I guess you could say that we are closely matched. 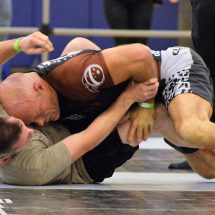 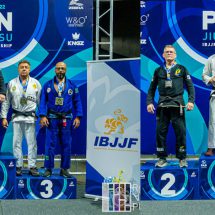 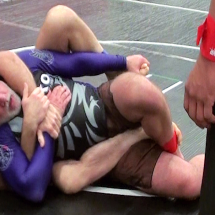